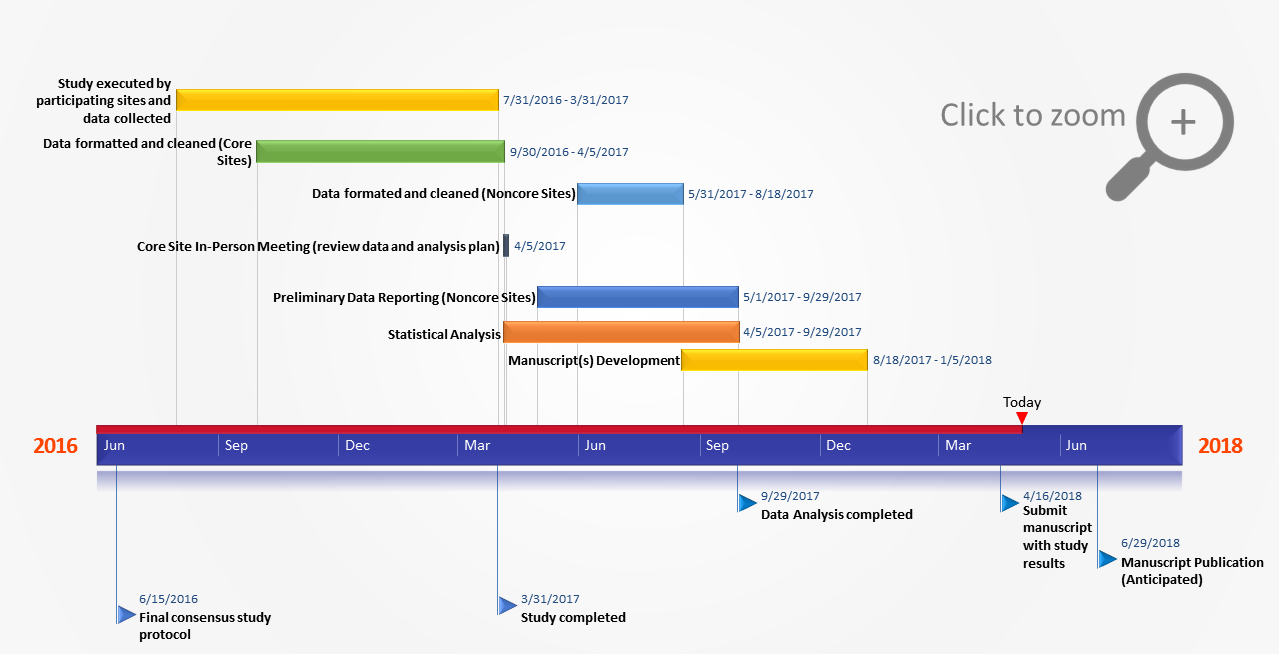 hERG kinetic data and other channels IC50 data for the training compounds were generated by both manual and automated patch clamp systems. These data were used for model optimization and metric selection, as detailed in several manuscripts. This version of model and metric were frozen and their performance are to be evaluated using independent validation compounds, the data of which are being collected through both manual and automated systems. Continued optimization of the model/metric after the validation stage is also planned. 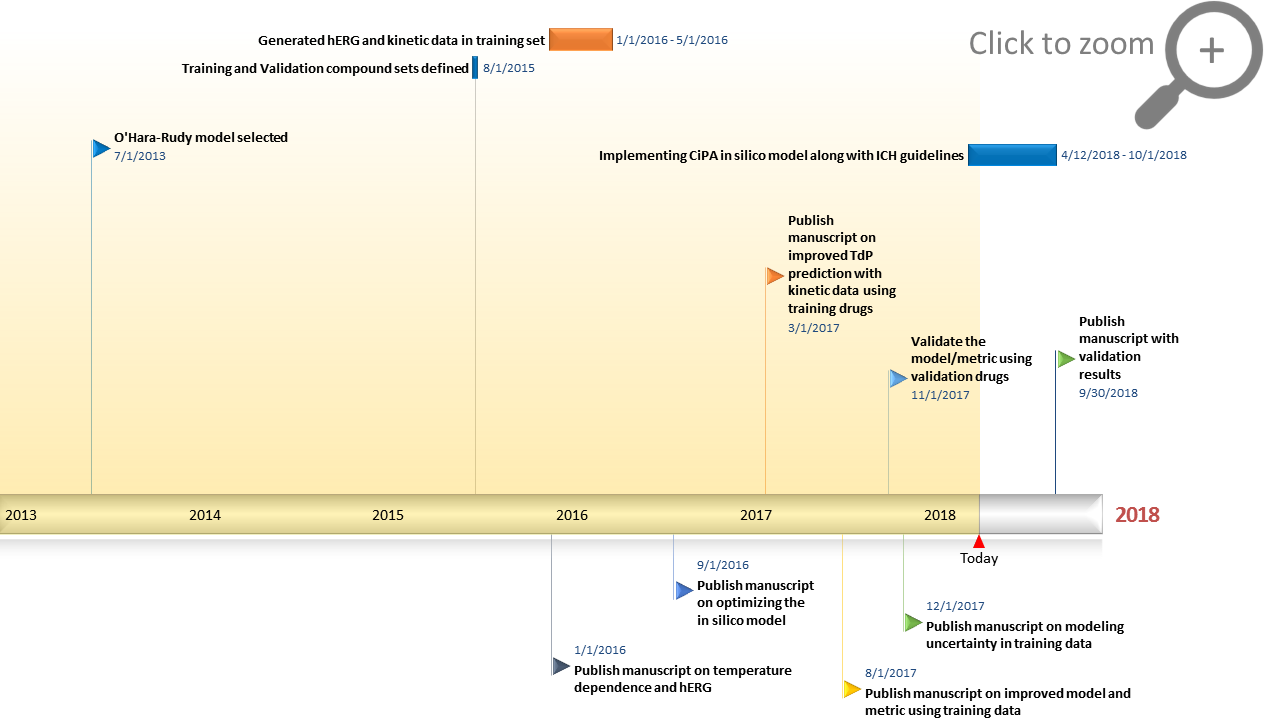 Protocols were developed and manual experimental work was completed. The High-Throughput Systems (HTS) studies to evaluate and characterize the automated patch clamp systems is underway. The training compounds have been completed for both manual and automated systems and data analysis initiated. The second phase of the HTS study with the validation compounds is underway. Additional ion channel studies will likely be planned beyond 2017 to further validate the model.

J-Tpeak was selected as an additional biomarker and the automated algorithm to assess for this marker was published as open-source code (see Data Resources.) A clinical trial was initiated to produce additional ECG data, which is nearly complete and data analysis will commence shortl. 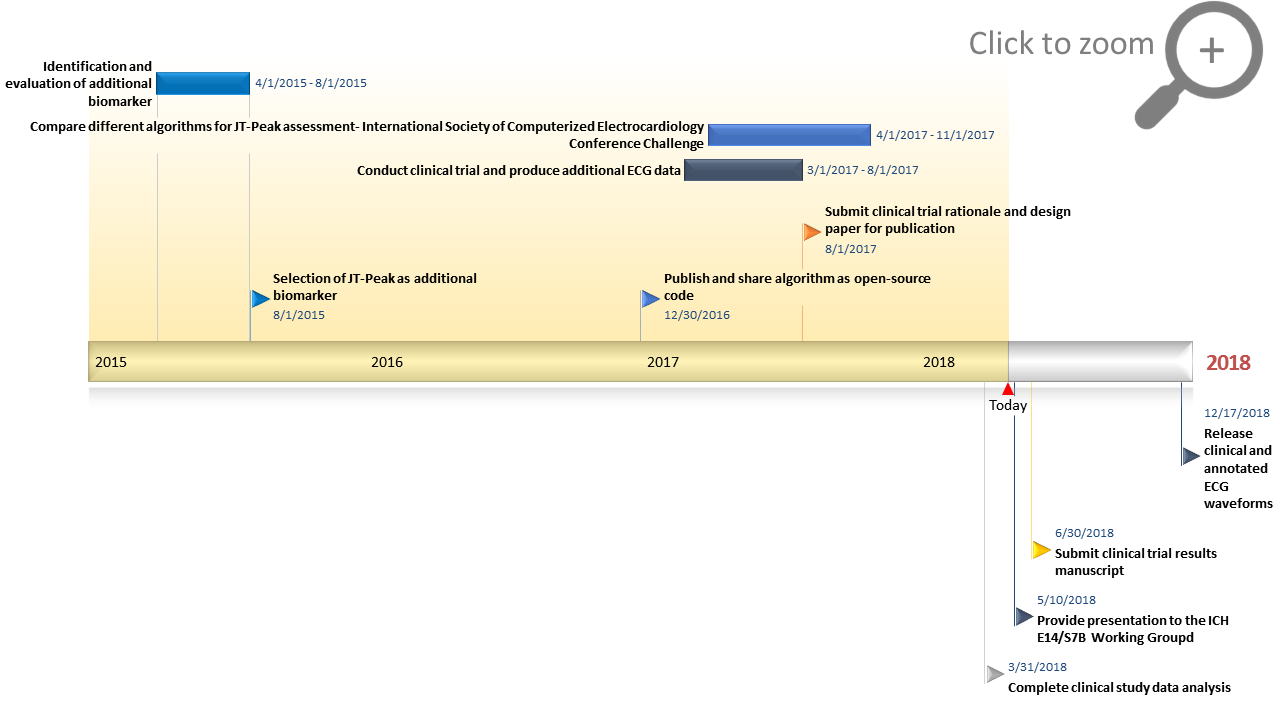 Algorithm Development
%
Clinical Trial
%
This site uses cookies to provide you with a personalized browsing experience. By clicking “I Agree” or continuing to use the site you agree to allow cookies to be placed and accept the terms set out in our [Privacy Notice]. Please read the Privacy Notice for more information on how we handle information collected from users and how you can control the use of such information. Cookie settingsI Agree
Privacy & Cookies Policy